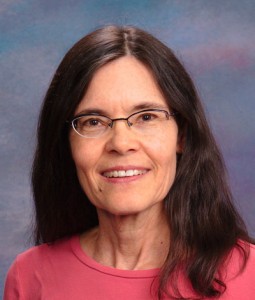 Carol E. Meyer is a Licensed Acupuncturist with 30 years of experience. She delivers “Emperor Style” treatments in which she lavishes care and attention on her patients. She only treats one patient at a time.

She is licensed in the states of Utah and California and certified by the National Certification Commission for Acupuncture and Oriental Medicine (NCCAOM).

Carol E. Meyer, L.Ac., is a comprehensively trained, Licensed Acupuncturist. In the 1970’s she became inspired to learn all about the human body so that she could help others achieve optimal health. In 1978 she earned a Bachelor’s degree in Health Studies from the University of California, Santa Barbara. Immediately upon graduation, she went to the Soma School of Massage, satisfying the requirements for licensure in Massage Therapy. Then she worked as a Health Educator and Massage Therapist for the Santa Barbara Community Clinics for five years.

During this time, Ms. Meyer’s mentor, JoAnn Tall, L.Ac., inspired her to become an acupuncturist. After three years of rigorous training, including two years in the clinic, in 1985 Carol E. Meyer graduated from the California Acupuncture College at Santa Barbara. She passed state and national exams and was licensed to practice in California and became a Diplomate in Acupuncture, NCCAOM. She then started her private practice in Santa Barbara and remained there until 1999.

During 1998 and 1999, Ms. Meyer was also a faculty member of the Santa Barbara College of Oriental Medicine. She supervised clinic interns, taught clinical skills and served as an advisor to students working on their theses.

In 1999 she moved to northern California to treat the underserved population in the vicinity of Oroville, which is 70 miles north of Sacramento. She worked at the Oroville Hospital and was the acupuncturist in their Integrated Medicine Department. She provided Traditional Chinese Medicine to the hospital’s patients in both Outpatient and In-patient settings.

In the year 2000, Ms. Meyer moved to northern Utah to spend time closer to family members. She earned her state acupuncture license and opened a private practice in Clearfield, Utah. This is where she is currently working.